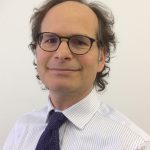 VoiceAbility have worked with others to help improve the Mental Capacity (Amendment) Bill – but the new form is still flawed, explains Jonathan Senker, chief executive of VoiceAbility. Find out more about next steps and what it might mean for the people you support.

The Mental Capacity (Amendment) Bill will amend the Mental Capacity Act 2005 (MCA), replacing the deprivation of liberty safeguards (DoLS) with the ‘Liberty Protection Safeguards’ (LPS). This will affect fundamental human rights for over three hundred thousand citizens in England and Wales with conditions including dementia, learning disabilities and brain injuries, as well as their families/ carers.

Unlike for DoLS, the LPS applies to any setting – hospitals, care homes, supported living and domestic settings. Whoever is commissioning or providing care – NHS Trusts, CCGs, Health Boards or Local Authorities – becomes the Responsible Body and organises assessments, reviews, authorisations, renewals and monitoring.

The DoLS have been widely criticised for being overly complex and administratively cumbersome, with Supervisory Bodies being unable to cope with the scale of applications following the Supreme Court’s ruling in Cheshire West. The Government states that the Bill seeks to simplify current arrangements, streamlining the authorisation process to ensure compliance with the law and to put the cared-for person at the heart of the decision-making process.

However, the Bill as introduced into the House of Lords was heavily criticised by a wide range of stakeholders.  Whilst the current system is deeply flawed, the Mental Capacity (Amendment) Bill as it was originally published would have made the situation far worse, weakening people’s rights and the protection of individual’s liberties.

In the original Bill there was no legal duty to inform the person or others of their rights, and no duty to consult the person as part of the process. Care Home Managers appeared to be responsible for completing all assessments for people in care homes and were to decide if the person should have an appropriate person or advocate. Private hospitals were to be their own Responsible Body, assessing and authorising their own detentions.

This has now changed – but only thanks to the enormous amount of work by many people and organisations, Peers and MPs.  VoiceAbility has played a major role, including by briefing Peers and MPs, drafting amendments, providing case studies and raising understanding of the issues publicly. We have had particular success in addressing restrictions on access to advocacy, reducing the inappropriate role of the Care Home manager in this and increasing rights to information. We did this by using the experience of people subject to DoLS and advocates within and outside the organisation, in order to represent the voices of the people who use care services.

Changes which have been made during the passage of the Bill include:

Despite these changes, the Bill remains deeply flawed. Sadly, it is still worse than the current legislation, truly inadequate as that is.  Amongst the problems:

Furthermore, the vitally important Code of Practice has not yet been developed, leaving far too many major questions unanswered for people to feel confident in the legislation.  The Impact Assessment, which estimates the cost and effects of implementing the Bill, appears to be out of kilter with the Bill, unclear, and likely to exacerbate the risk that many people are left without anyone independent to support and represent them.

Where do we go from here?

Whilst we believe that the DoLS must be reformed, we are troubled by the implications of the Bill and believe that it will result in far fewer safeguards for cared-for persons under LPS.

We must continue to do what we can to address the most regressive features of the Bill. Together with others, we are already engaged in the development of the Code of Practice. We are striving to ensure that greater consideration is given to people’s voices and rights.

With so many issues not clearly spelt out in the Bill, it will be essential that these are covered in the Code and Regulations and that the scope that the Bill provides to infringe upon people’s rights without sufficient scrutiny and challenge is reduced.

We would be pleased to hear the views of colleagues in other organisations about the Bill and how its implementation can be shaped to better serve the people who need support  and their families who should be at its heart. Please contact me at jonathan.senker@voiceability.org

As advocates we welcome approaches from professionals to involve our services. However, there are some unusual expectations on the advocacy role.  A recent request to an advocacy service for IMCA support with NHS Emergency Health and Care Plans (EHCP) has opened a debate in the sector to ensure we are all compliant with the principles of the Mental Capacity Act. EHCP documents and  the step by step care needed during and after an anticipated emergency, makes communication easier in the event of a healthcare emergency (this accompanies rather than replaces a DNAR order).

So, we all know that an IMCA is instructed for Best Interest decisions over Serious Medical Treatments. A Best Interest decision applies to a person assessed as lacking the mental capacity to decide themselves in a specific situation (after practicable steps have been taken to support them making their own decision) and it must be time and decision specific. So, by definition this makes a future care plan difficult to define as time and decision-specific Serious Medical Treatment, which is defined as:

Some advocacy services take such referrals and others do not. This request is throwing up the following questions:

We’d love to hear your thoughts and get the debate flowing – please share this article or send your thoughts to advocacy@ndti.org.uk and jane.kingston@cvsnewcastle.org.uk